These are the Seals of Roger de Quincy 2nd Earl of Winchester and Constable of Scotland. They clearly show the Coat of Arms.Roger along with his father and elder brother fought in the crusades where his father died in 1219. There are two accounts of why Roger inherited his fathers estates and not Robert

1) That Robert had died on the crusades,

2) There are records that show that the King had favoured Roger and not Robert.

We do know that Roger Married Helen eldest daughter of Alan of Galloway and on Alans death his estate was divided between the three daughters. The Galwegians rebelled against the division of their lands and Alexander II of Scotland suppressed the battle, however they rose again in 1247, faced with a siege Roger forced his way out and again seeked help from Alexander who once again helped to win the battle. Although Roger fought for King Henry III, Roger was one of the leaders of the baronial opposition to Henry III.

During the 14c and the 15c the Quincey family grew in Northamptonshire and appeared to settle around Lilford.

The early Parish Church Records begin in 1553 at Thorpe Malsor with the marriage of  Alice Quincey to Robert Lad, however the majority of the family had settled in Lilford where the Church registers shows that from 1559 there are over 120 baptisms till 1672,  there are 24 marriages till 1726 and there are 36 burials till 1650. Many other parishes close by show high numbers of b.m.d. but Lilford being the main concentration. The Church of St. Peter Lilford was unfortunately demolished in 1778 and the communion plate is now at Achurch. The Church consisted of chancel, nave, north and south aisles and west tower and spire there were four bells in the tower. The register began in 1559, on the inside of the cover it shows that Edmund Quincey was Church Warden. Achurch also shows records of the Quincey family from 1651 with over 20 recorded burials till 1719. 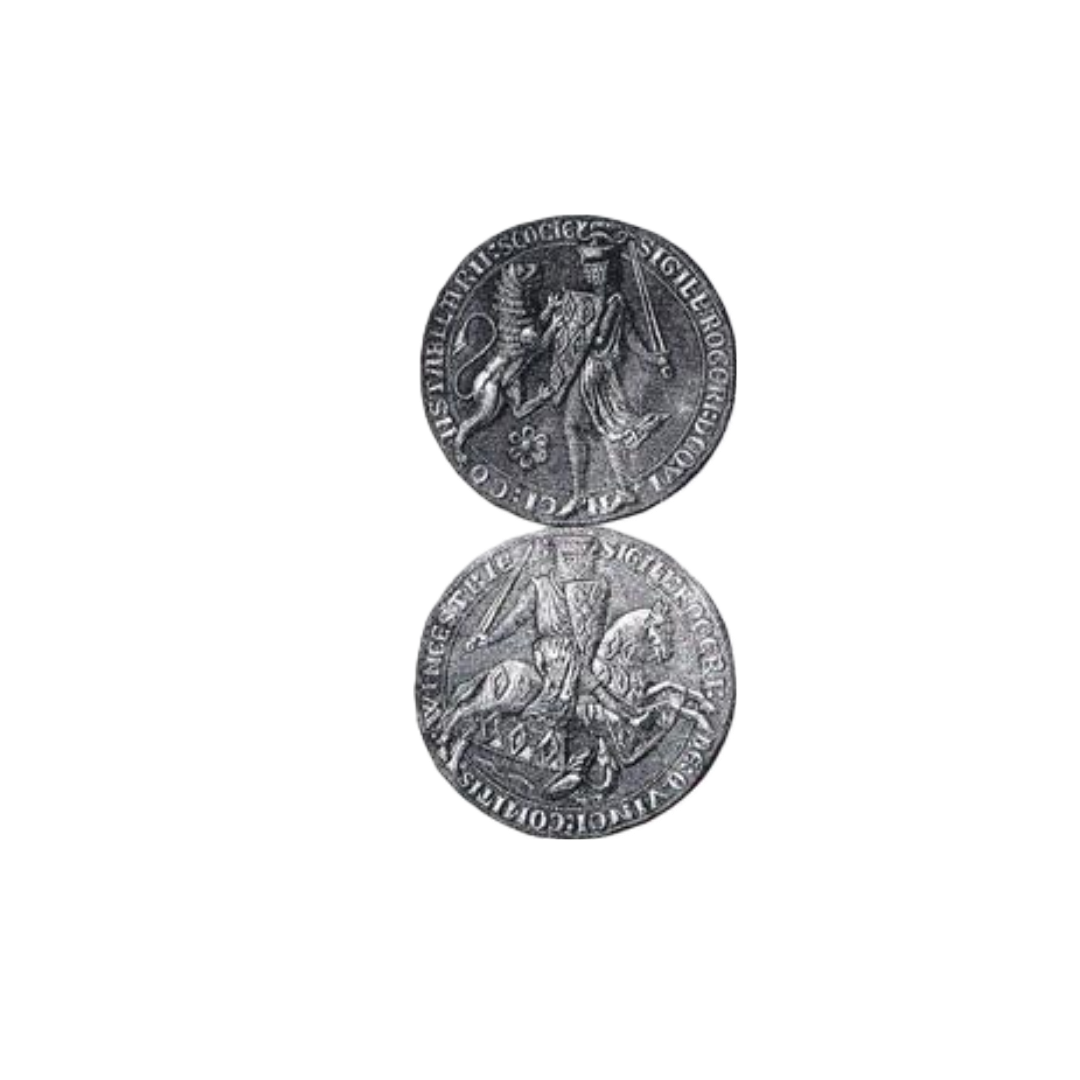 There are still extant four charters by the de Quincy's, which have been preserved by the interested care of the monks of the Abbey of Newbottle. None of them are dated. The first of them must have been made about 1189. Robert de Quincy, Lord of Fawside and Tranent, grants the Land between a burn called Wigtrig on the east and the burn of Pinkie on the west and bounded on the south by some ditches which he had caused to be dug and on the north by the sea. All this land is granted to the Cistercian Abbey of Newbottle, he also allows grazing for 600 sheep and for 20 carts of peet annually. The second, Saher de Quincy confirms the grant of his father Robert de Quincy. In the third charter Saher de Quincey enlarges the grant by giving to the monks the half of the marsh from the east of Wigtrig burn and also assigns to them the exclusive right of digging coal and quarrying between Wygtryg and the boundaries of Pinkie  and Inveresk down to low water mark.In the fourth charter Roger de Quincy, the son of Saher confims the grants of land made by his grandfather and father, with the right of digging coal and quarrying.  It is hard to be exact with the lineage of the de Quincy family as there were several family's living in England and Scotland in the 12th. and 13th centuries, however the family's in Scotland do appear to die out after they forfeited their lands to Robert the Bruce and returned to England. Other brothers and cousins were Robert de Quincy the first holder of Fawside, Symon de Quincy of Leuchars,perhaps the same as Symon, chaplain to the King. John de Quincy possibly the son of Symon.